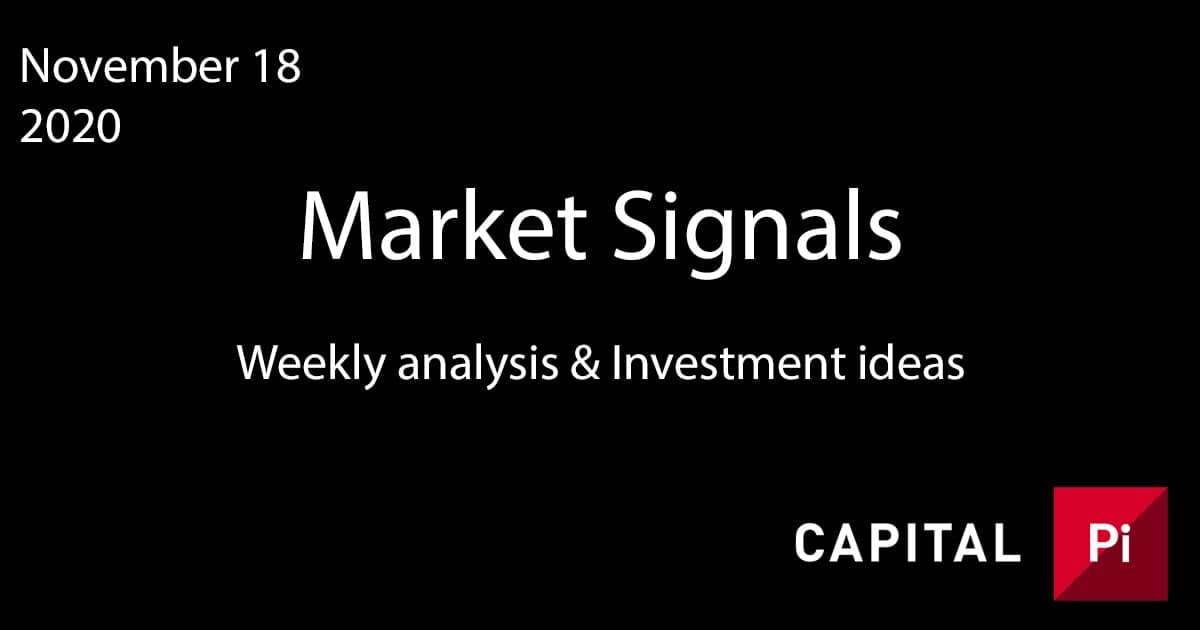 The most liquid issue on the Moscow Exchange in the line of Eurobonds of the RF Ministry of Finance. The yield spread to UST remains wide (50 bp) relative to the dock levels, which creates potential for further price growth. Unlike Eurobonds of Russian banks and corporations, the bonds of the Ministry of Finance are completely devoid of ruble risk: when selling (redeeming) sovereign Eurobonds, the income in the form of exchange rate differences is exempted from paying personal income tax. From this point of view, sovereign Eurobonds are quite comparable to direct investment in dollars or euros. Due to the sanctions, the Ministry of Finance of the Russian Federation does not place new Eurobonds, which creates a shortage of securities with Russian sovereign risk as the issues mature. The peculiarity of the Eurobond maturing in 2028 is that, due to its very high coupon rate (12.75% per annum), it offers a high level of current yield (the ratio of coupon payments expected over the next 12 months to the current market price).

The issue of the State Transport Leasing Company offers one of the highest yield levels (2.5%) among the short-term securities that are on the Moscow Exchange, and looks interesting against the background of current dollar-denominated deposit rates. This issue is one of the few Russian-risk securities that have not yet overcome the consequences of the current crisis. This is due to the high dependence of STLC's financial indicators on the air carrier industry (about 40% of the leasing portfolio). Meanwhile, international agencies have not yet worsened their issuer ratings, maintaining a "stable" outlook on them. The main reason for this is the support of the company from the state (in fact, the issuer is 100% owned by the state). Even if we assume that the second wave of the pandemic will hit the air carriers again, the issuer's refinancing risks remain, in our opinion, low, given, for example, the free access of STLC to the primary foreign market. So, last month, the issuer placed an issue with maturity in 2028 for half a billion dollars, while at the same time placing an offer for a partial buyback of the issue with maturity in 2021.

The coupon on Eurobonds is taxed, so we single out issues with a relatively low coupon, which include, for example, the issue of Norilsk Nickel with maturity in 2025. It was placed in September this year - during the period when Russian issuers are placed at the lowest in post-Soviet history Russian rates. Thus, this 5-year issue was placed at 2.55% per annum. Note that it is listed on the Moscow Exchange, while circulation on the organized market enables holders to receive a tax deduction (recall that in addition to the coupon tax on corporate and bank Eurobonds is also levied on currency revaluation). If a security has been held in the portfolio for more than three years, the investor has the right to file for a tax deduction of up to RUB 3 million. per year for each full year after three years. Note that a makewhole colloption is provided for this issue. This type of call allows the borrower to withdraw the issue before maturity, paying the holder a certain compensation, which is expressed in the form of a predetermined premium in the yield to the underlying security (for dollar securities, a comparable maturity UST is used). If Norilsk Nickel decided to withdraw this Eurobond on the makewhole call option now, it could do it at a price of 107.6% of the nominal.

If we consider the likelihood of the scenario of credit spreads moving towards their dock levels to be high, it is obvious that this process is most favorable for the prices of the most distant securities. For example, the net (no-coupon) price of a dollar-denominated issue of Gazprom maturing in 2034 increased by 25 figures in 2019. This happened as a result of an active decline in the return on the underlying asset (UST) and a narrowing of the credit spread. At the same time, the holder of the paper also received a coupon (8.625%). Thus, an investor who bought this bond at the beginning of 2019 and closed his position exactly 12 months later had the opportunity to earn 2.5 times more on the growth of its price than on the coupon itself. Now the z-spread for this issue is widened by about 80 bp relative to its low of the end of 2019. If we assume that as the second wave of coronavirus progresses, it will gradually decrease to its dock-like level, then the net (no coupon) price of the security will increase from the current 151% to 159% of par. Note that this Eurobond is not only very liquid on the Moscow Exchange, trading with a minimum lot of $ 1,000.

Now that rates are at historic lows, and markets (judging by the shape of the Treasury curve) are not expecting an increase in the base dollar rate until 2024, there are ample opportunities for issuers to refinance their debt at lower rates. This is especially true for securities placed several years ago, when rates were at local maximums. We propose to pay attention to those perpetual securities of Russian banks, the next calls on which are planned until the end of 2022. These are the issues of Alfa-Bank, VTB, MKB and Tinkoff. Note that in the current reality of close to zero interest rates, coupons on these securities look very overstated, and we believe that some of the issuers will prefer to replace the existing Eurobonds with cheaper issues for servicing, recalling them on the first call option. Note that in case of non-withdrawal on a call, the security holder is rewarded with a high current yield (by this indicator, perpetual securities are the undisputed leaders in the Eurobonds segment). Of the 4 issues noted above, we single out the VTB Eurobond (yield to the nearest call 4.7%), which is quite actively traded on the Moscow Exchange with a minimum lot of $ 1,000.

Unlike dollar-denominated Eurobonds, which have not only recovered in value relative to their dock levels, but have also rewritten their historic lows in yield, the Russian Euro segment has not yet fully recovered from the effects of the current crisis. This is due to the fact that the underlying assets in dollars and euros behaved differently: if European risk-free bonds have practically not changed in value since the beginning of the crisis, then UST has risen in price quite significantly. As a result, the widening of the credit spreads of eurobonds denominated in euros, which occurred due to the crisis, led to the fact that they are now on average 4 figures cheaper than at the beginning of the year. As the global economy recovers, credit spreads (risk premiums) can be expected to begin to normalize and euro-denominated Eurobonds will gradually compensate for the losses of the current crisis. Among comparatively short-term securities, our favorite in this segment is the senior issue of VEB.RF with maturity in February 2023. It is listed on the Moscow Exchange and has a minimum lot of 1 share (1,000 euros). If the credit spread of this issue normalizes to its levels before the start of the pandemic (about 100 bp, now it is about twice as high), its price could rise to 108% of par.

Among the relatively distant issues, we single out the Russian Railways issue with maturity in 2027. Like other Eurobonds in the common European currency, this issue is still far in price terms from its levels observed on the eve of the pandemic. However, we associate the prospects for its recovery not only with the general market trend - the reduction in credit spreads of borrowers from EM as the situation in the global economy normalizes, but above all with the fact that this Eurobond is a "green" issue. Actually, it became the first green bond placed by a Russian company on the foreign market (later, by the same Russian Railways, another issue in Swiss francs was placed). This segment of the bond market is one of the fastest growing in the world, the demand for such securities is formed by the so-called ESG funds (Environmental, Social and Governance). Note that the Euro Green Bond Index, which tracks green Eurobonds denominated in the single European currency, overcame the consequences of the current crisis in mid-October by rewriting its historical maximums.

In mid-October 2020, Gazprom placed its debut “perpetual” issue in the single European currency. Thus, investors received a highly profitable euro-denominated instrument from a reliable issuer with a Russian risk (S&P assigned this subordinated security a rating 2 notches lower than the issuer's senior Eurobonds - BB). The issue provides for the first call at par in October 2025. The coupon (3.897%) is paid once a year. Unlike indefinite issuers in the financial sector, which can be written off or converted into shares if the bank's capital adequacy decreases, Gazprom's perpetual issue is not subject to this risk. True, the issuer at its discretion may not pay the coupon (which will not entail its technical default), however, unpaid coupons will be capitalized. Note that the yield on the Gazprom issue is about 70 bp ahead of its closest competitor in the segment of Russian euro securities. etc., which seems to be a rather generous premium to the market. We expect it to narrow in the very near future.

Now the credit spread of this issue is widened relative to its pre-pandemic levels by about 75 bp. Note that the Russian Railways issue with maturity in 2031 is a distant security, so the potential compression of this spread is very favorable for its price. Meanwhile, the prospects for the price growth of this particular security are associated not only with the narrowing of the credit spread, but also with the trajectory of the underlying asset - the UK government bonds (United Kingdom Gilts). The fact is that recently it became known that the Bank of England has approached British financial institutions to assess their readiness for negative interest rates. In an address to the heads of banks, the British regulator said that it would like to receive information regarding their "operational readiness, as well as potential problems that may arise in connection with negative rates, mainly in terms of technical capabilities." At the same time, the Bank of England notes that contacting financial institutions for information does not mean that the Central Bank will switch to a policy of negative interest rates. Since March 2020, the Bank of England has lowered its base interest rate from 0.75% to the current 0.1% per annum. Note that approximately the same trajectory for this period was demonstrated by the yields of British government bonds.

The sector of ruble-denominated Eurobonds is somewhat overshadowed by the interests of investors, which is due to the over-the-counter nature of trading in these instruments, as well as the relatively high minimum lot (10 million rubles). Meanwhile, the duration of the Russian domestic ruble-denominated corporate bond market is small (less than 3 years), in particular, due to the fact that many even long-term securities have put options. And this is not to mention the fact that the level of exchange liquidity of most of the ruble debt bonds placed on the local market leaves much to be desired. In this context, Alfa-Bank's senior ruble Eurobond maturing in January 2025, which does not provide options for early withdrawal and / or revision of the coupon level, in our opinion, deserves attention. Now on this security you can fix the yield of 6.5%. Due to the fact that this issue was placed relatively recently - in January this year - its coupon is relatively small, which is important from the tax point of view. It should be noted that one of the factors increasing the comparative attractiveness of ruble Eurobonds is the cancellation from 2021 of tax incentives for coupon yield on OFZs and local ruble corporate bonds issued in 2017-2019. Thus, the low coupon / high yield ratio of Alfa-Bank's ruble Eurobond maturing in 2025 looks interesting in our opinion.